The second large conversion project, on a Damen Sea Axe fast support vessel, in under 12 months has been hauled out at Oceania Marine’s North Shipyard in Port Whangarei, New Zealand. The 53 metre Advantage is to be refitted as a Superyacht Support vessel. Oceania Marine Managing Director observes:

“We were very pleased with the outcome on the last Damen project, Umbra, and obviously this has been an influential factor in the decision to bring Advantage to our shipyard. We are well set up to cater for the wide variety of requirements that a project of this nature entails and are looking forward to the challenge of the next few months”.

“We hauled Advantage stern first so that the deep forefoot of the Axe Bow was suspended clear of the haulout cradle. This enabled us to support her on the flat sections of the keel and eliminated the need for excessive ballasting. The whole operation went smoothly and we have already completed pressure washing as well as preliminary abrasive blasting of the hull.” 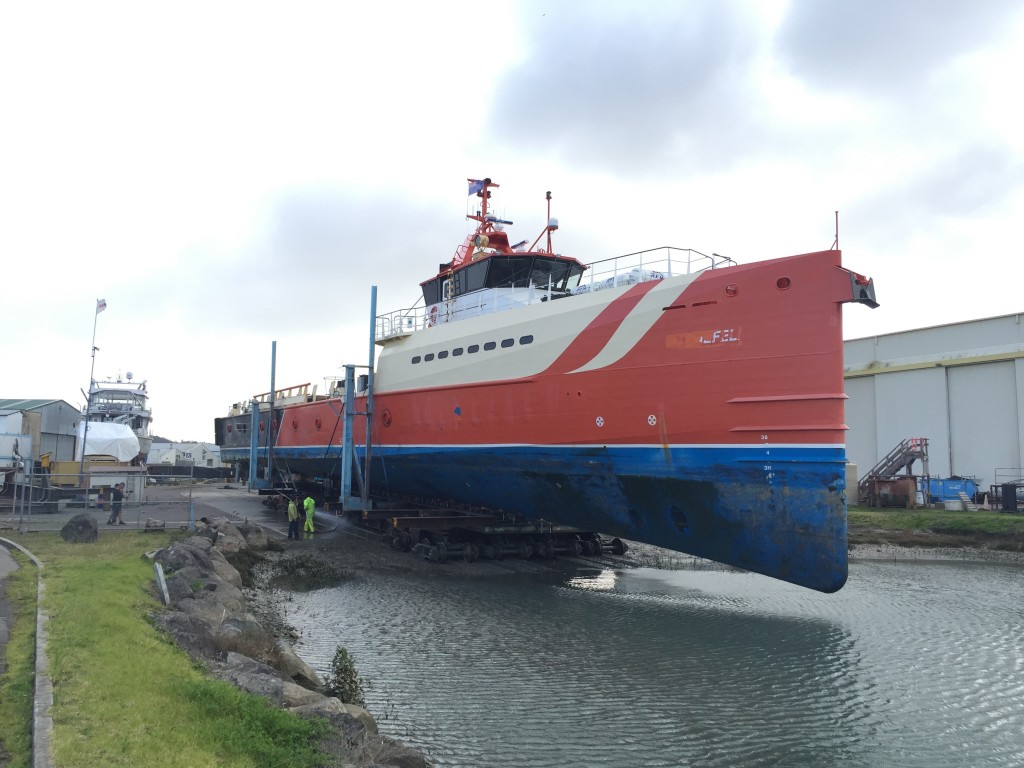 Advantage is now tucked away in Refit/Paint Shed C in readiness for the real work to begin. The conversion works are extensive including lengthened by fitting a new module to the transom, hull modifications to receive a new large deck crane, internal structural modifications to tankage and general arrangement, helicopter pad, addition of submarine garage, complete new interior fitout, full exterior re-paint and much more.

Oceania Marine’s project manager Brent Charleworth will be managing the project with Diverse Projects acting as owner representatives. Because of the scale of the project an extensive team has been assembled including neighboring shipyard NZ Ship Repair, supporting steel fabrication aspects, and SMI who will manufacture the new interior.

The plan is to have Advantage in service well before Christmas. 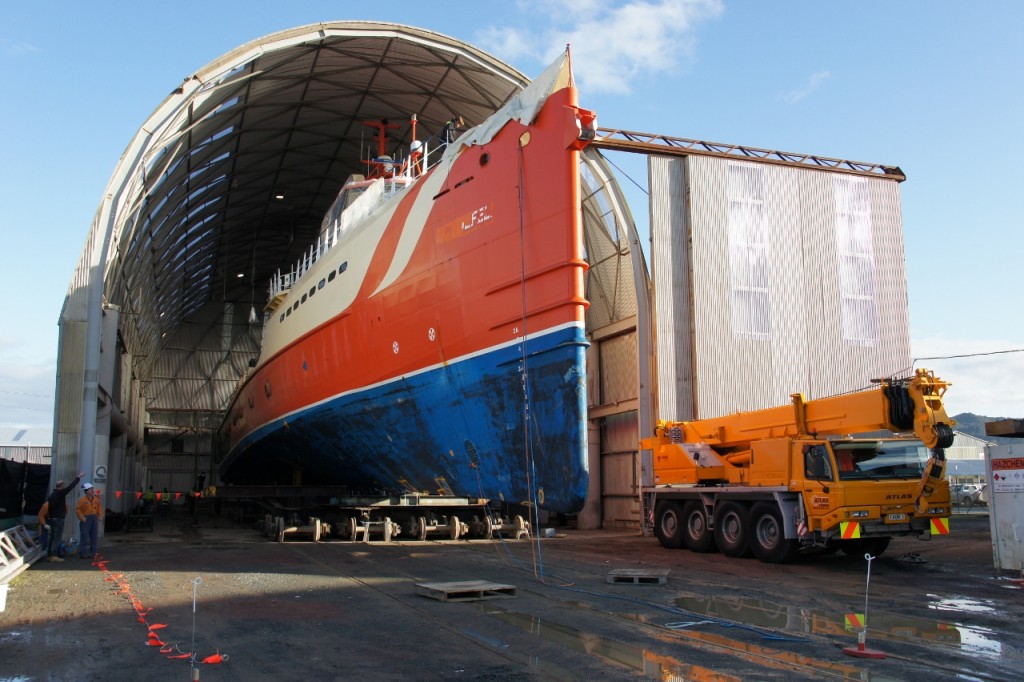