The 33M Superyacht Relentless has been at Oceania Marine’s North Shipyard in Port Whangarei, New Zealand for the past three and a half months for it’s 10 year Lloyd’s survey and refit. The project was carried out undercover in Refit Shed D, New Zealand’s premier refit/paint facility. 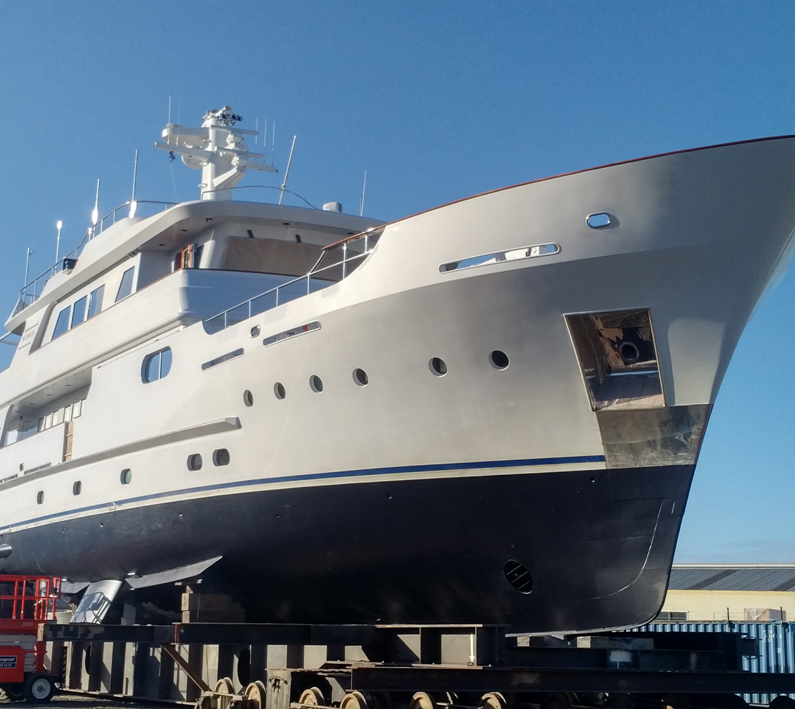 “The work list was extensive, as one would expect. It not only covered survey works but also system upgrades, painting and so on. The project was further complicated by the fact that the interior had suffered water damage during a storm and this had to be put right. Consequently all divisions of Oceania Marine Group were involved.”

The 10 year survey entailed extensive engineering and mechanical works most of which was completed by Oceania Marine’s team of engineers, assisted by Gough Cat who handled the main engines and Marine and Industrial Electrics who handled the electrical systems. Oceania Marine Coatings did corrosion and paint repairs as well as antifouling and Prop Speed. Oceania Interiors completed the interior repairs and upgrades.

Relentless is now afloat being re-commissioned for sea trials before departing to Fiji where she will be available for charter. Her flexible ‘Explorer’ type design makes her well suited to remote and challenging excursions amongst the stunning reefs and Motus of the South Pacific. 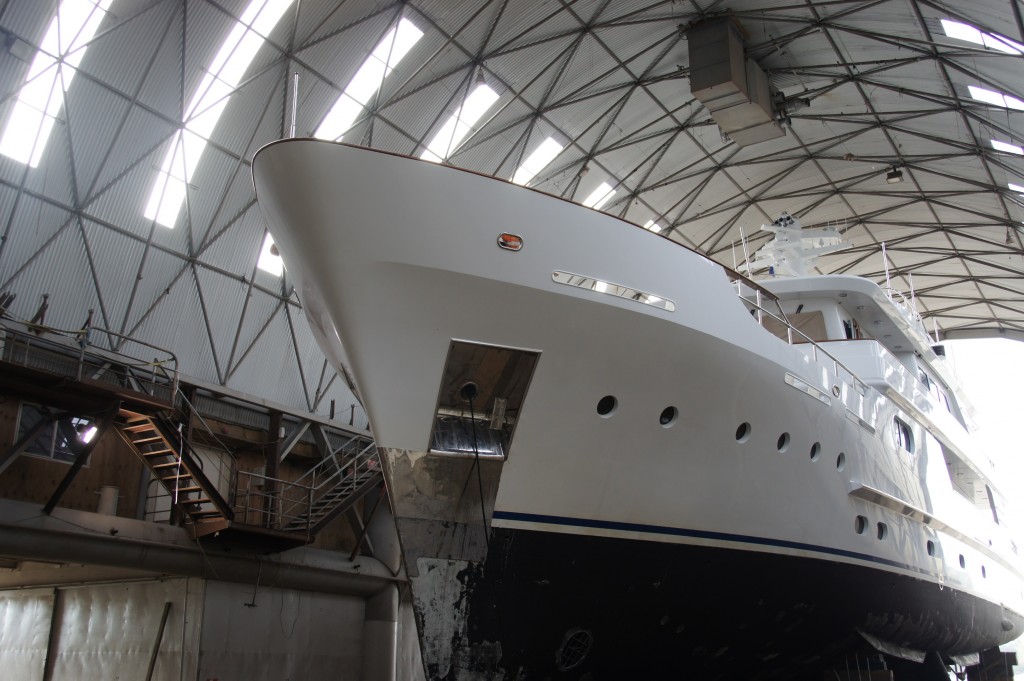