At North Shipyard, the 33.5M ‘Mousetrap’ hauled out on the slipway. She has a 14.5M beam and supplied her own custom cradle that supports her under the bridgedeck. She was built by JFA Yachts and is at Oceania Marine for an intense 5 to 6 week technical stop. Just last week Oceania Marine re-launched the 42.2M Douce France.

At South Shipyard, the 15.43 Lagoon named ’26’ hauled out on Port Whangarei Marine Centre’s 100T travel lift. She has a 8.74M beam which was easily accommodated by the lift which can take up to 10M. She has machinery service, bottom paint etc on her job list for the yard and should be back in the water in time for Christmas. 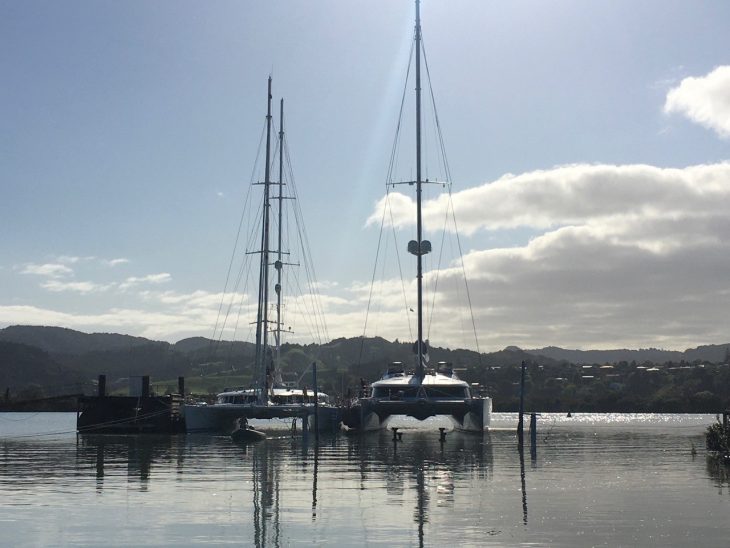 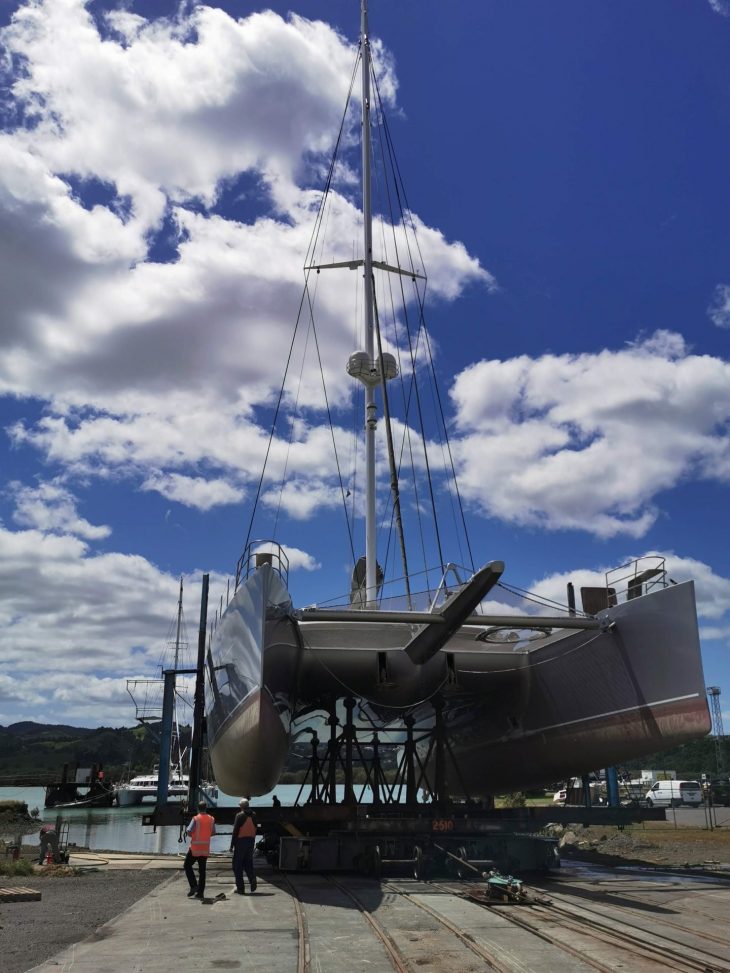 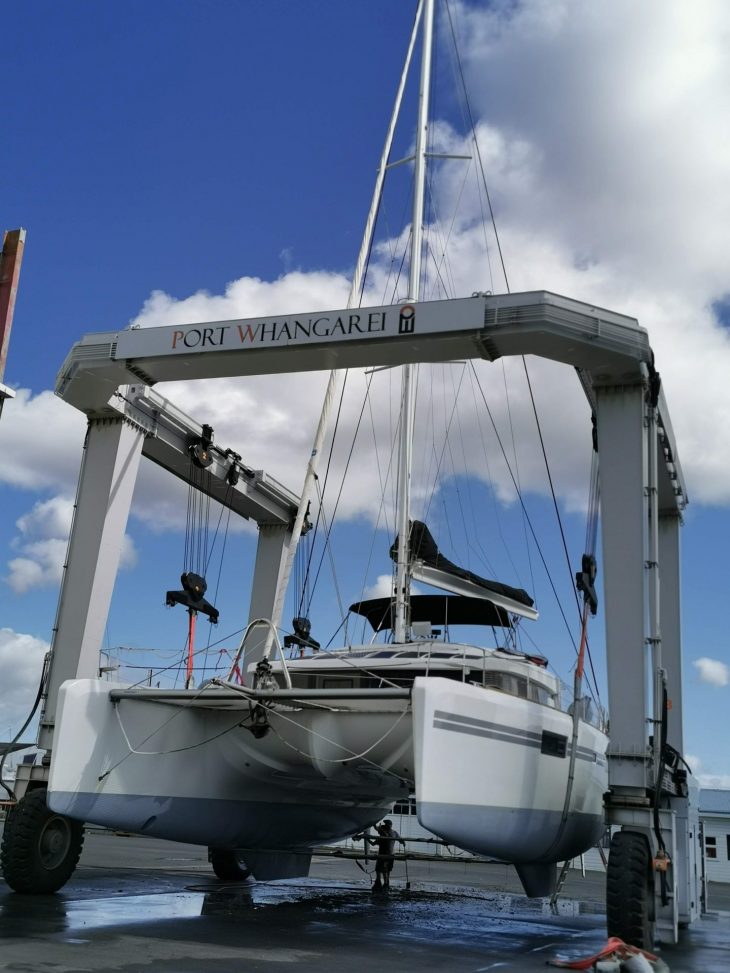