10 years ago, amid the chaos that ensued after the GFC, Oceania Marine commenced business as a refit and repair shipyard and joins a relatively small band of businesses that reach the 10 year milestone. That shipyard, now referred to as North Shipyard, was the springboard that launched Oceania Marine consisting of a traditional 800 tonne railway slipway with 4 hectors of hardstand and associated buildings, including extensive refit shed space, located in the SW Pacific at Port Whangarei New Zealand.

Oceania Marine’s principals, Martin and Shannon Gleeson find it hard to believe that the time has flown so fast. It has been a time of rapid change and growth for the company. Along the way some of the major initiatives undertaken, that contributed greatly to the accomplishment of this 10 year anniversary, were:

“I have just watched the film ‘Ford v Ferrari’ and, if I can borrow an analogy, you don’t take your foot off the gas when you are in front! So it has to be for us. We have the opportunity of the America’s Cup coming up and the whole region is gearing up for this event as well as the predicted long term growth in demand for haulout facilities in the SW Pacific. Consequently, we are partway into Stage Two of our development of South Shipyard. This involves installing a 560T travel lift with associated civil works and hardstand upgrades. Particular attention is being paid to the needs of the large modern sailing superyachts. The design for Stage Two is complete, the tenders for the civil works have been done, funding has been secured and we are on our way to completion in 10 to 12 months’ time. We are open for bookings.”

Happy anniversary Oceania Marine and may there be many more. 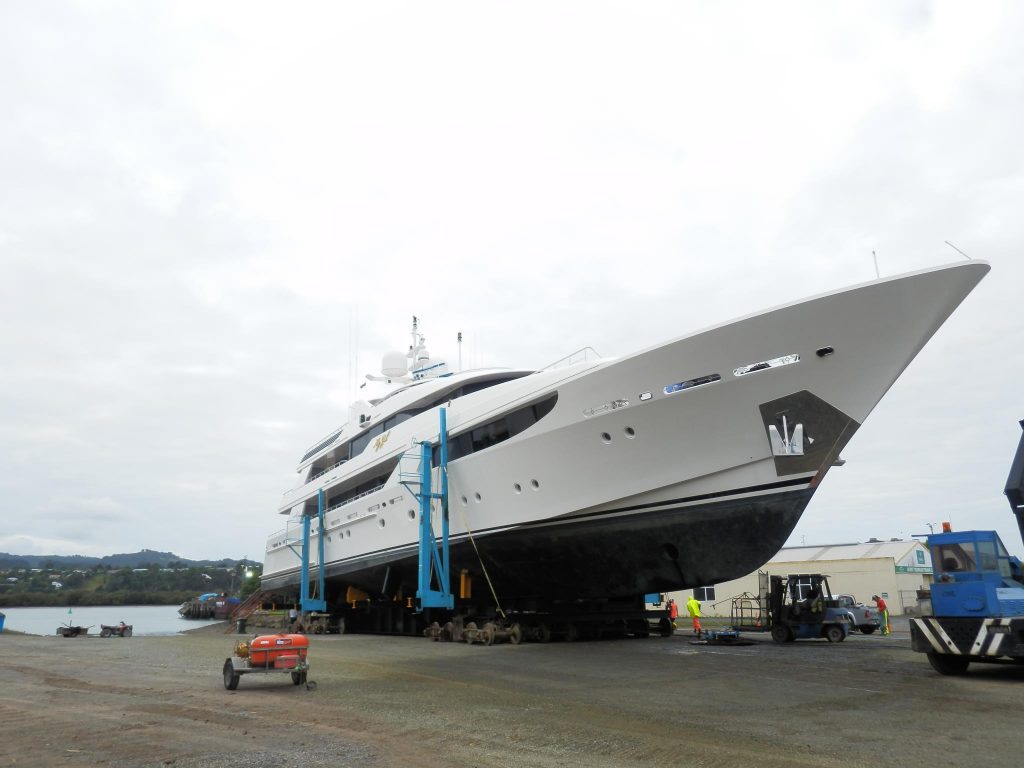